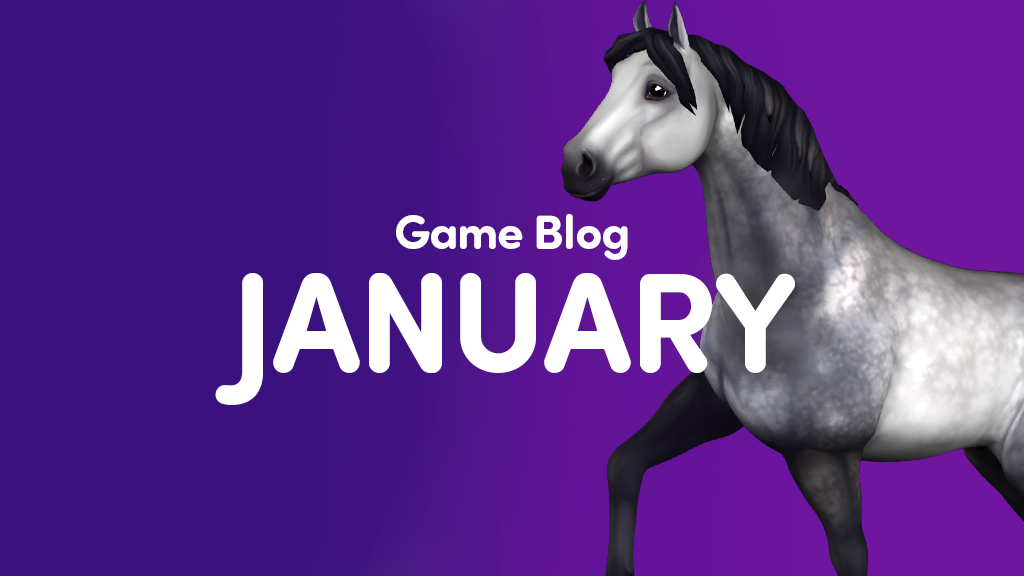 This month Oscar Carlsson (Art Director) will share some of the work behind the updated Marley’s Farm. Jane Skullman, our amazing Executive Producer will walk you through the latest tech improvements followed by Marie-Cécile Jacq (Producer) and her exciting new update on the new player character project.

As the game grows, we wish to provide you with an immersive world that you want to spend time in and keep coming back to. By raising the quality of our graphical assets, how they are implemented, and how the engine uses them to improve optimization (all within our art style), we aim to enhance your experience while you’re in the game.

It is not just a matter of visual improvement, but also how the game runs on your computer or device. When we’re working on revamping an existing area, we also put a lot of thought into creating a better experience with less frustration when navigating the world and going from one place to another. For example, those of you who’ve been playing for a while might recall a time when you were not allowed to jump with your horse when you were inside the old walls of Silverglade. With those walls in place, it meant there were only a few points you were actually able to exit the village.

During the previous year, the team has done a great deal of work on Silverglade Village and Steve’s Farm with the surrounding area. Still, one small location remained in order to wrap up the central part of Silverglade – Marley’s Farm. One big technical change in the engine that allowed us to deliver these improvements to you is gradient maps.

Gradient maps allow us to create more variations of the same texture without adding more strain on your device. One of our artists created an image to show what difference it makes.

Without gradient maps, we needed to have 74 textures loaded into memory to achieve the amount of variation we have in Silverglade.

But with gradient maps, we only need to load 15 textures and then create the colors within the engine itself instead of an external program like photoshop.

The gradient map is something we have been able to use while working with assets in the environment, but the development of the technique has room for improvement with potentially more use cases in the future.

Another of the challenges we face when working with an existing location in the world is the fact that we can’t just move everything around as we would like. We always need to make sure that our pre-existing content continues to work for you. When doing a big revamp, as for Silverglade Village or Steve’s Farm, it’s a big undertaking from the content and the QA team to make sure the new content works with old content — which means digging through 10 years of previous content at times. Otherwise, we would have things floating in the air or quest givers hidden inside of houses (which sometimes still sneak by us, so thank you for the reports)!

For Marley’s Farm, we took the opportunity to remove some of the western theme that was there and instead we tried to align what you see to the man living there: in this case, Marley, and he likes potatoes!

Creating a technical foundation for the future

Besides the revamp of Marley’s Farm, we also want to share some improvements we do to our game tech. Some of the major updates last year included moving from 32 bits support to 64, updating to version 17 of our programming language C++, and porting our editor to a more modern UI and software framework named QT. (In-house we call it the Cute Editor and it will allow our users, artists, and game designers to work more efficiently.)

On the graphical side, we implemented Simplygon, a third-party software that helps us to optimize the game content. We added a gradient map shader that we used in revamping Marley’s Farm and Silverglade Village as explained above, and we also revamped the water shader. Beyond that, we can now give you an even better-looking game with these improvements. Simplygon is also crucial for the performance of the game, minimizing lag and game crashes due to player devices running out of memory. In fact, optimization of memory is something we always have an extra eye on and continue to improve, since this is one of the main reasons why the game sometimes crashes for you.

One of the first major improvements we’re doing for 2022 is adding more game databases in Europe. The reason for doing this challenging improvement is to give you a more stable player experience with less lag. Instead of having only one game database in Europe, we will now have more than 10, which basically means we can handle more players online at the same time and also more activity from each server without you experiencing some disturbances when you play.

This will also allow us to add more platforms in the future. And one of those platforms is mobile. Yay! 🙂 So rolling out more game databases (beginning with Denmark) is a vital step to be able to offer you to play Star Stable on mobile in Europe! iOS only, for now, but with our eyes set on Android in the future!

In order to handle all these new game databases we also rewrote and modernized some of the backend services related to your character. When these backend services were released, we had and are still experiencing some hiccups and a lot of you have experienced the weird message to create a character when you already had one. We are super sorry for this, we didn’t mean to scare or annoy you. The team is working incredibly hard and in shifts in order to fix this hiccup. The majority of the issues are gone, and we will of course continue to work on it until it is solved completely.

We really want to keep all of you up to date about our progress on the new player character — so from now on, we will post updates about it every month! We’re really excited by the progress we’ve made so far and can’t wait to show you more about it.

As said previously, the research phase was longer and more complicated than planned. We must deal with ten years of content to build a better character with more options while keeping game performance impact as low as possible. Here are some technical challenges we have now overcome: making different body shapes fit on every horse, adapting clothes to body shapes, and improving the render on skin color. Updating is often trickier than creating anew, which gives us an excellent opportunity to learn something new. Stay positive, right?

The approach we are taking in designing this new character will allow us to update it more easily from a technical point of view. We aren’t just planning to release it; we’re crafting it so that more options and features can potentially be implemented in the future.

Because there are so many things we want to add! First, we’re focusing on diversity and inclusivity, as we want to celebrate how unique each of our players is.

Also, to answer some of your worries, no paid transition will be required to update the character; it will be applied to new and all players. Besides, we’re doing our best to minimize the impact on previous purchases such as hairstyles and clothes.

We’re happy to share with you another work-in-progress picture. It’s far from final, and numerous changes may happen.

Stay tuned for next month’s blog when you will learn more about the work that goes into planning and writing a new quest. Followed, of course, by more news on the updated player character project. Let us know if there are any topics you’d like us to cover in the future. We can’t wait to share more with you!