Into the Wildwoods: Bringing life to a new area for SSO 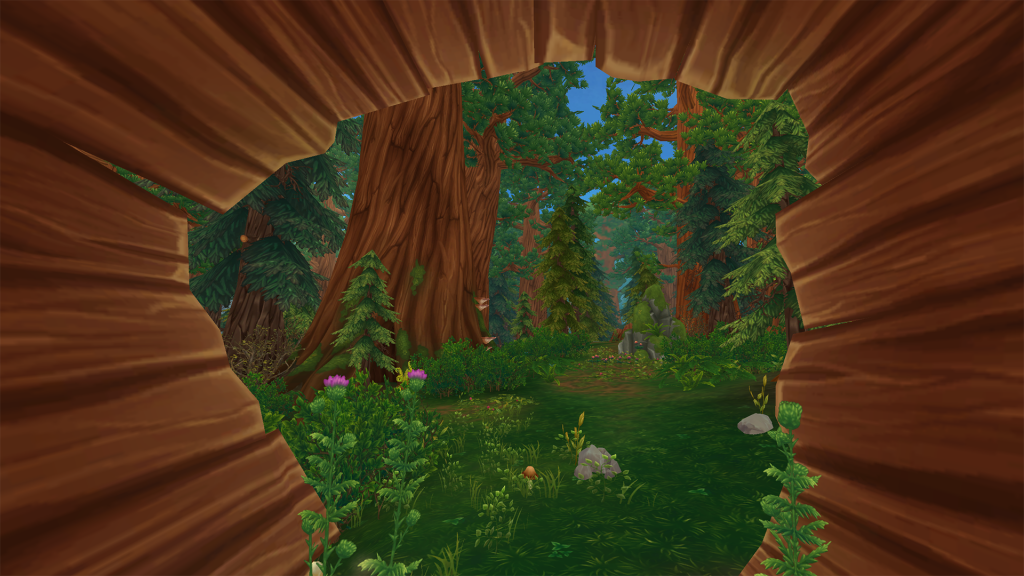 Jorvik is an island brimming with nature and magic, where there are many places to discover. After much anticipation, a new area opens up –the first part of an epic journey. Enter into the Wildwoods!

Warning: Spoilers and teasers for the Wildwoods quest chain and area ahead!

The Wildwoods is more than just a new area — it’s a journey into the wild heart of Jorvik, island of adventures!  The journey starts now and will be followed by regular updates over the coming months that will bring new quests, activities, and epic areas to expand the Wildwoods story.

Over the course of this journey you’ll work alongside the brave Jorvik Rangers, stewards of Jorvik’s world-famous national parks. You’ll travel beyond the purview of humans into the primal woods of the Jorvik Wild Horses and see these noble animals in their natural element. And you’ll learn about the forest’s secret connection to Pandoria.

Developing a new area for Star Stable Online is an exciting and collaborative process. There are a lot of different parts that come together to create the final project.

When developing Wildwoods, the team knew we wanted to do something drastically different than what was already explorable on Jorvik. Mistfall is one of Star Stable’s most popular areas and players have been wanting to know what lies to the north ever since that area debuted three years ago.  Mistfall is a lush forest inspired by National Parks, but it’s also a forest close to civilization. With Wildwoods, we wanted to push beyond that safety and we landed on the idea of an untamed wilderness.

Giant Redwood trees and an abundance of greenery helped capture the atmosphere of wandering a sprawling forest. Here’s what Game and Level Designer Nicklas Andersen has to say about creating the atmosphere of the Wildwoods:

“The Wildwoods is a place that’s been inaccessible to humans for a long time. The ranger settlements have been deserted. Nature has reclaimed the land. So, we were looking at how to populate this area with a lot of vegetation but still having it be easy to navigate.

It’s also important that the path between the two areas feels like a journey. In the case of Rovar’s Gap, we wanted the player to feel like they were venturing into the unknown. The size of the mountain walls all around Rovar’s Gap can evoke feelings of being small. Nature is the dominant force in this area.”

A sprawling forest wouldn’t be complete without diverse wildlife inhabiting it. Some of the fauna of Wildwoods is otherworldly – a mystical stag approaches the player, bounding off before they can get close. Rest assured, they will meet again.

Right now players can meet adorable new bunnies. In future drops, more creatures will arrive. Towering moose and fierce brown bears inhabit the even wilder parts of the Wildwoods that await the player.

The journey into the Wildwoods begins with the Jorvik Rangers, seeking to expand the land they survey as stewards of nature. But soon enough, the player learns this is no ordinary journey. An encounter with a magical stag creature hints that there’s more to this forest than meets the eye.

In previous quests, players have encountered several of the mystical “Life Warden” trees, trees that legends say were planted by Aideen herself in the age of myth. The Wildwoods are home to another such tree, the Sentinel, tallest of trees and protector of the forest. But not all is well in the woods. A mysterious sickness has fallen upon the land.

The heart of the Wildwoods is home to the Jorvik Wild Horses, and players will be able to see the rugged horses in their element. With the dark energy destroying the equilibrium of the forest, tensions have stirred between the Jorvik Wild horses — dividing them and turning them against each other.

But that’s not the only person or creature that resides in the dense forest. Tucked away in a corner of the woods is a reclusive man and his family of animals. A familiar face with an affinity for believing in magical horses.

Diversity and inclusion are core values at Star Stable Entertainment. We aspire to create characters who reflect the diversity of our team and our players. It’s something we haven’t always succeeded in over the past nine years, but we’re always striving to do better in how we handle representation. So when the opportunity arose to create new Jorvik Rangers, we wanted to create rich characters who live up to our values.

The five new characters that the player meets each come from varying backgrounds, and with it vastly different life experiences. The beauty of it is that they have come together for a common cause, as the Jorvik Rangers, to protect and respect the unique and untouched nature of Wildwoods. We hope you’ll love them as much as we do.

Here’s what Creature and Character Art Lead Lotta Sörensen had to say about her experience creating the new ranger characters:

“My favorite character to work on was Rowan. It was a fun challenge to make them feel gender-neutral. I also wanted them to feel bad-ass and a bit different from the rest. Using color theory I decided to give them a unique black ranger shirt. Black is usually associated with strength, authority, and mystery and that was a trait I thought fitted Rowan. I also made a little boomerang to keep their association with Australia. The boomerang is a copy of my own boomerang I have at home who I got from an Australian friend some years ago.”

This is just the beginning. We look forward to embarking on this journey with the players, as they learn more about and uncover the secrets of the elusive Wildwoods!

The team working on the Wildwoods (Jorvik Team):

With support from others. 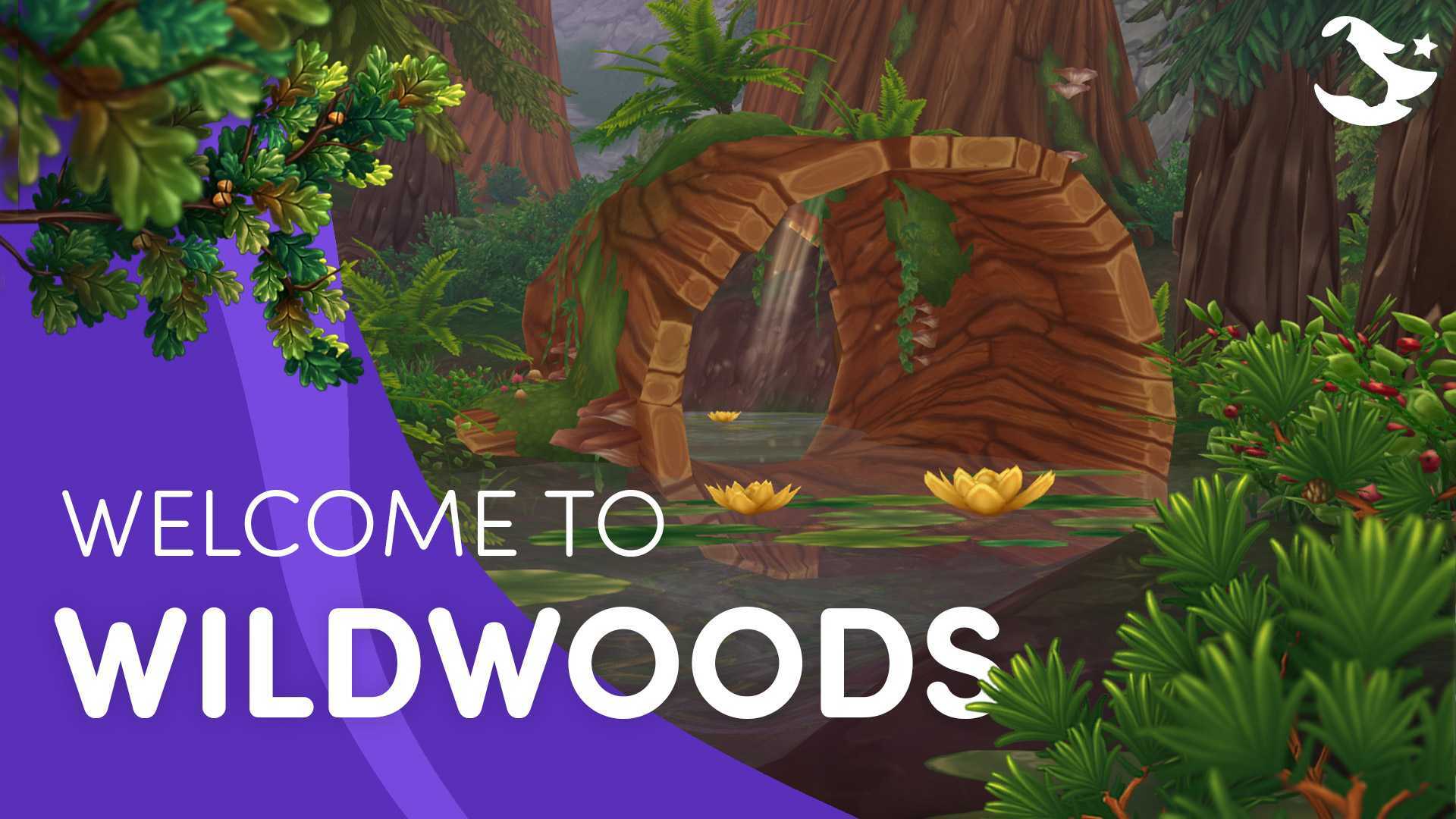