Star Stable Year in Review: Coming together in an unstable year 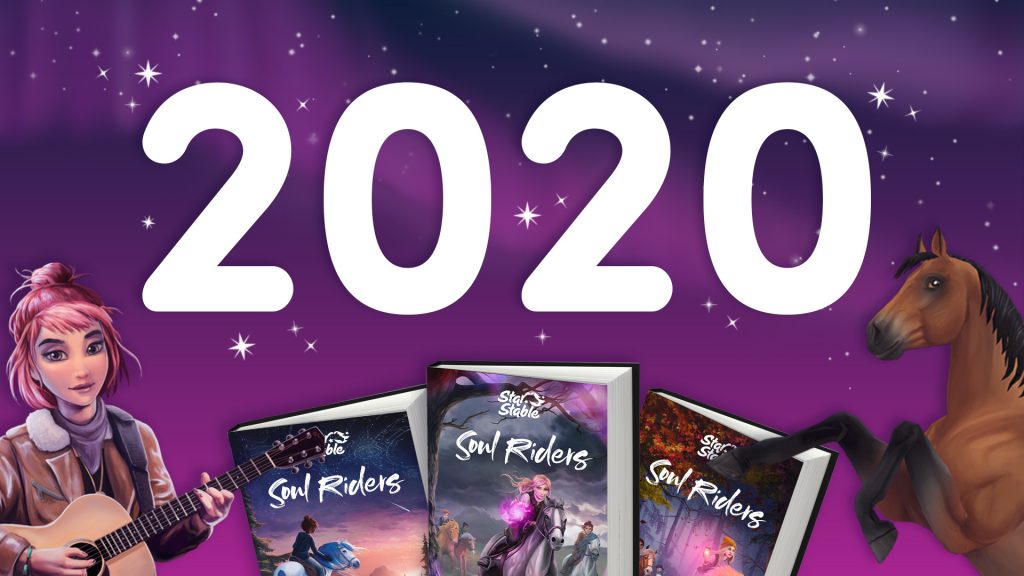 2020 was quite a year. The pandemic took so much from us. Too many loved ones lost. Family and friends kept too far away. Students, teachers, and parents feeling their world turned upside down as schools struggle to keep up. So much sacrifice. You are strong and you are brave, but sometimes that’s not enough. That’s okay. We’re in this together.

At Star Stable, we’ve always believed in the power of virtual spaces to bring people together. In 2020, more players than ever before came to Jorvik to find connection with other humans, and comfort in their bonds with their horses. We’re so grateful for all those who have made a life on Jorvik, whether you’re new to the island, a lapsed player who came back to something cozy and nostalgic, or a true fan who has been with us from the beginning.

This year required everyone to jump into the deep end of change, ready or not. Star Stable’s offices have been closed since March with staff working from home throughout the year. On top of this, we’ve been growing and hiring faster than in years past. Is it weird having more and more co-workers you’ve never shared a physical space with? It’s definitely a new way of working for us, but our team has adapted with courage and empathy.

Through it all we still found a way to keep the updates coming every Wednesday. Sometimes our plans had to change, but we still put out some of our best releases ever and grew stronger as a team in the process.

Some of our favorite updates…

Soul Riding with Rhiannon – We innovated with an end game activity that lets brave riders go on Soul Rider missions and, for the first time ever, lets players earn a free exclusive horse, the Rune Runner.

Catherine’s Memories – We joined Soul Rider Linda in reliving scenes from the life of Catherine Holbrook, a young woman whose destiny was intertwined with the previous generation of Soul Riders.

Starshine Ranch – Carl Peterson and Josh welcomed you to a cozy new slice of cowboy living on Jorvik where you can participate in Western activities and spend time with Lisa and Starshine.

Farah’s Workshop – We know that our players love crafting in games, and with Farah’s Workshop we’re exploring how to make that a reality in Star Stable. It’s a foundation we hope to build on.

Ydris’ Halloween Masquerade – This year was our most ambitious Halloween yet with an epic story event as fan-favorite trickster Ydris took over Galloper’s Keep for two weeks of thrills and chills. We loved seeing your stories from riding the haunted trail ride.

And let’s not forget the horses!

This year’s most popular breed, by a nose, was the new American Quarter Horse. With its exclusive moves and distinctive loping gait, players fell in love with this embodiment of Western riding. (Western fans can look forward to another favorite frontier breed next year!) The Jorvik Wild Horse marks the first time that Star Stable has created a new breed from the ground up, and the love the team poured into this fluffy friend has proven a hit. You’ll see a lot more of this breed, in its natural environment, as the rest of the Wildwoods unfold in the coming months. 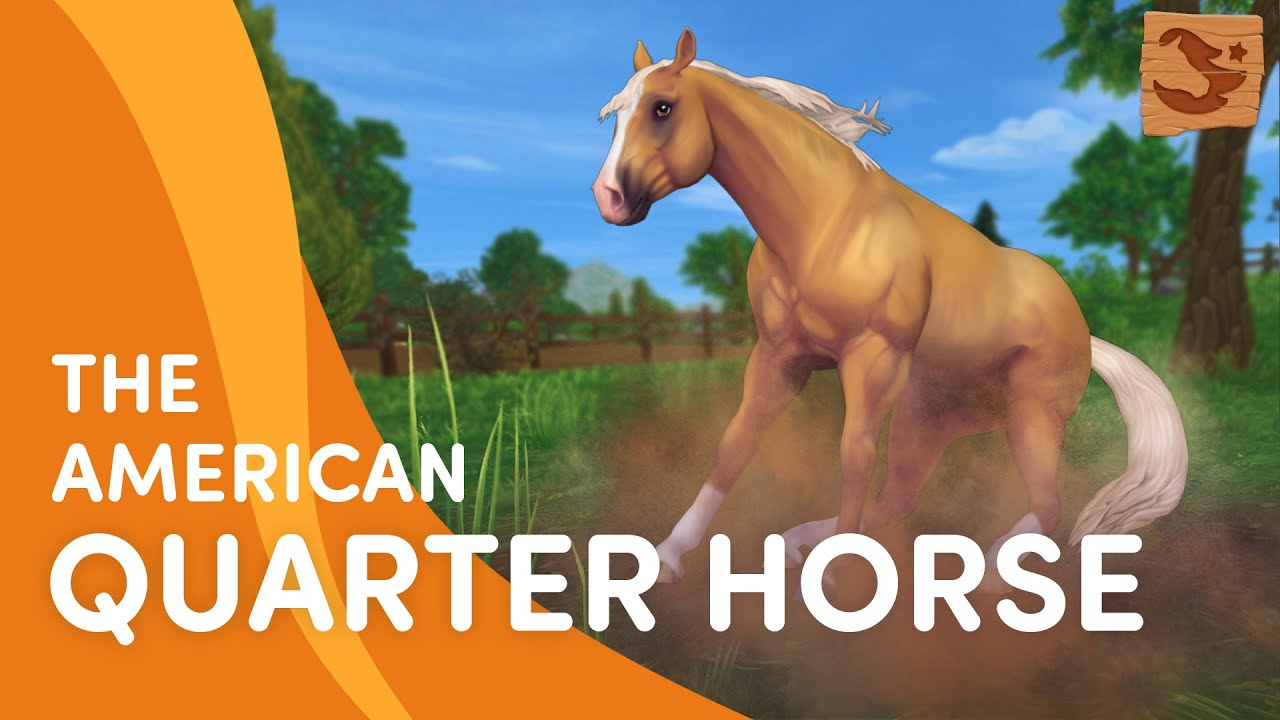 When it comes to Magic Horses with their transforming coats, your favorites this year were the lunar inspired Ayla and Umbra. (For those of you who wish you had more control over when each coat is displayed, stay tuned for good news!)

This year we also increased the variety of tack options in a big way. The new western saddle is our most detailed bit of tack yet and pairs nicely with all-new bridle and halter options, including bitless hackamore styles, and brushing boots. The Marwari and Freisian debuted with exclusive new bridle styles that will eventually make their way to other breeds.

It’s been three years since the last new area, Mistfall, opened up for exploration. So it was with much anticipation that we released the first part of a brand new area – the Wildwoods. You’ve helped Rowan and the other new members of the Jorvik Rangers and you’ll work with them again soon. But the Wildwoods are much bigger and stranger than the forests you’ve seen so far in Star Stable. Early next year you’ll cross the living bridge to experience a wild new side of Jorvik.

More than a game

This year also saw the release of Helena Dahlgren’s Soul Rider novels around the world. Our original music picked up with many new tracks from Lisa Peterson (Amanda Örtenhag) and the Miscreants and our new partner Folk Avant. Elli Puukangas captured Jorvik in comics. You’ll see more from all of these creators, as well as new collaborations, in 2021.

A year we can all be proud of

All in all, 2020 in Star Stable was a pretty epic ride. And we couldn’t have pulled it off without the bravery and hard work of everyone involved, from the engineers keeping the servers stable as new players poured in, to our tireless customer service team who work diligently to address issues big and small, to our amazing QA pros who work for weeks testing every Wednesday update, to the endlessly creative content and community teams who create engaging stories on social media to make everyone feel welcome, and so many more. We have such an amazing team.

And amazing players! We love seeing the photos and videos you’ve shared of your favorite horses, your clubs and your achievements. This year you shared more original art than ever before, and more and more players are sharing stories about their MC and their horses. Through your creativity, Jorvik comes alive. We’re inspired by your imagination.

2021 marks Star Stable’s 10th year of bringing you horses and adventure. 10 years!  We couldn’t be more excited for Star Stable’s future and we’re working hard to make sure it’s a year to remember. So what else do we have cooking for the year ahead?

First up, in January, we are thrilled to share our first animated offering Mistfall. The initial series of 10 episodes will be freely available and tells an all-new story of a girl’s journey to Jorvik, and features some familiar faces and voices along the way.

We’re hard at work preparing for the global launch of Star Stable on mobile. This isn’t a new game. It’s the same Star Stable you know and love on PC… on your phone! Same account, same collection of horses, same beautiful Jorvik to explore with friends. Currently in closed beta in Australia, playtesters are helping us work out bugs as our engineers take on the immense challenge of preparing for a global rollout.

There’s a lot more work going on behind the scenes that doesn’t show up in weekly updates. Star Stable is a nearly 10 year old game that became so much bigger than its founders ever imagined possible. We want to make sure Jorvik lives on for another 10 years and can keep up with your needs and the ever changing gaming landscape. That means there’s a lot of work with tools and tech that we’re investing in now to ensure a stable future.

That foundation fixing work applies to our gameplay systems as well. Updating an old clunky system might not be as exciting as brand new content, but we believe it’s worth improving those things you do every day. We aim to make it easier to do the things you want to do. A more intuitive and rewarding Jorvik that puts your relationship with your horses front and center – that’s our goal.

There’s a big milestone in racing coming up that we can’t wait to celebrate with you! Races are one of the main ways you play Star Stable every day and we want to improve the authenticity and the variety of options you’ll encounter and make racing more rewarding.

Reflecting on the important role Jorvik plays as a virtual world to sustain very real human bonds with friends, we’re looking at the role of riding clubs and how to improve that experience for everyone.

On the story front, we have big things in the works. The villainous Dark Riders will at last steal the spotlight. (They were teased last year, but this time we mean it!) In addition to a visual glow up, you’ll get to know these characters more intimately than ever before.

Finally, and most importantly, we’re revisiting the player model. Such a huge part of joining a virtual world like Star Stable is having an avatar that expresses who you want to be. We recognize how limited the current avatars are. They don’t reflect our values or the diversity of our players. We hear you when you tell us how much this matters and we totally agree. We appreciate your patience and understanding as we begin this journey and look forward to your thoughtful feedback in the process when we are ready to share. Updating the avatars is one of the greatest challenges we’ve ever taken on, but we’re committed to getting it right.

There’s much more in the works, but we have to save things for our amazing community team to share in the months to come! And we’re still figuring out the path forward. 2020 changed us all in ways good and bad. We’re leaning into that change, coming out of the year a stronger team committed to making sure the best is yet to come. Thank you for coming along for the ride.