Interview: Behind the Scenes with Producer Steve Pegram 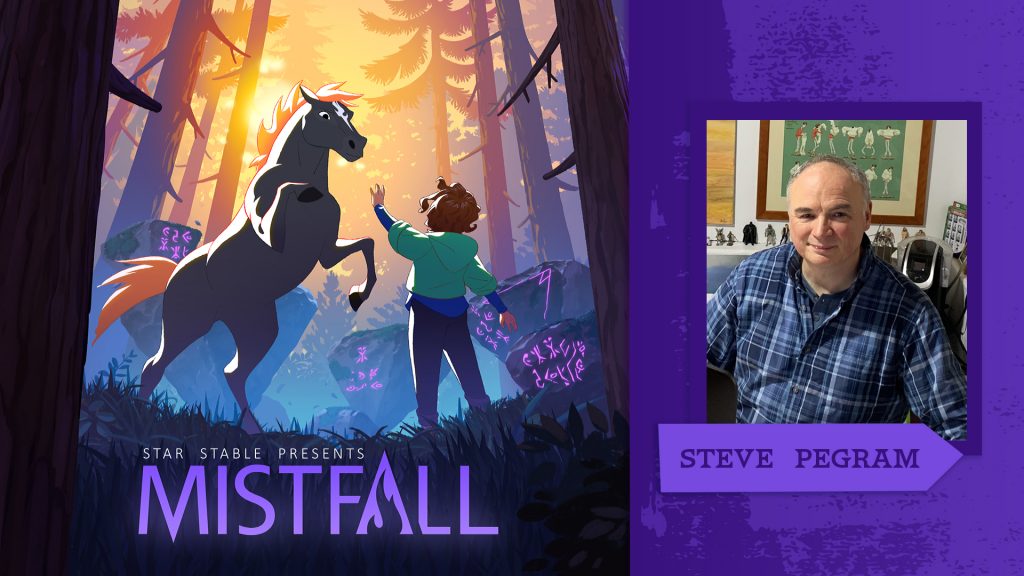 We are so thankful to everyone who took part in creating Star Stable: Mistfall! The animated series came to fruition through the efforts of a hardworking, worldwide team. We had the pleasure of interviewing one of these talented individuals, Steve Pegram. Steve worked as a producer, overseeing the entire creative process. He shares with us what it was like to work on Mistfall, his tips for working in the animation industry, and more!

Tell us a little bit about yourself?

I’ve been working in the animation industry for over 30 years. I’m happily married with two gorgeous daughters and two dogs and have been living in Vancouver, Canada for the last four years.

What do you l love the most about animation and did you always know that you wanted to make it your career?

I fell into animation many years ago, first working on the movie ‘Who Framed Roger Rabbit’. It was a young crew made up of people from all over the world. I realized quite quickly that I loved the creative energy that group created and was drawn to the practical aspects of creating animation.

What advice would you give to someone who wants to pursue a career in the animation industry?

Think about what you want to do, there are many good animation schools, universities and colleges around the world. If you’re not sure what path you want to follow, many studios take on interns. This will give you some time to work it out. Write to them all!

What was your favorite part about working on the Mistfall series?

Animation is very much an iterative process. The first time I saw the finished music cut to picture with the final dialogue was amazing.

What was the biggest challenge of working on the Mistfall series?

COVID kicked off just as we were about to ramp up into production, this made it very difficult to pull the right creative talent together to make the show.

If you could spend a day in Mistfall, what would be the first thing you would do?

Do you have any experience with horses? If yes, tell us about it!

My wife and one of my daughters love to ride. I like to watch!

Do you have a special relationship with a horse or another other pet? If yes, tell us what that looks like?

I have two gorgeous dogs, a white American Eskimo and a Black Labrador. Every time I walk into the house, they greet me as if they’ve never seen me before. It’s unconditional love.

What would you say are the similarities and differences between animations and a big open world games such as Star Stable?

The technical process is very similar—the adventure, stories, and of course, horses, are what brings both the game and the series alive. The series animation is a story created for the fans, but stands alone so everyone can follow!

What are your top 3 recommendations for someone who wants to work in the animation industry?

I’ll give you my top 5: work hard, network early, follow your passion and always put people first and never give up!