In her words: Alice, the writer of Star Stable: Mistfall 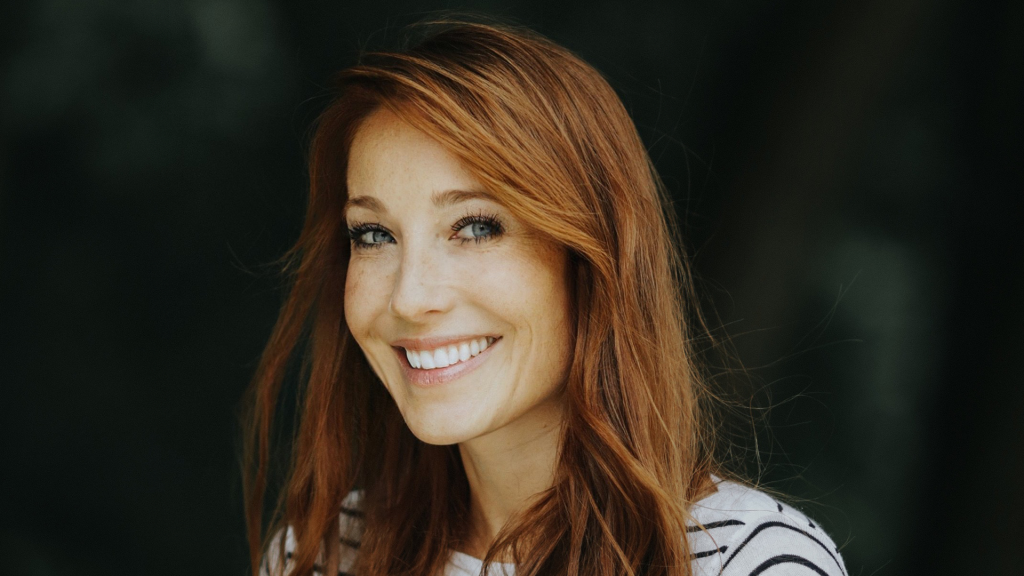 Meet Alice Prodanou, the award-winning writer and creator behind Star Stable: Mistfall! In this exclusive interview, we chatted to Alice about her writing process, her favorite Mistfall character, and why she loves the magical island of Jorvik. Watch the conversation here, or read it below – it’s up to you! 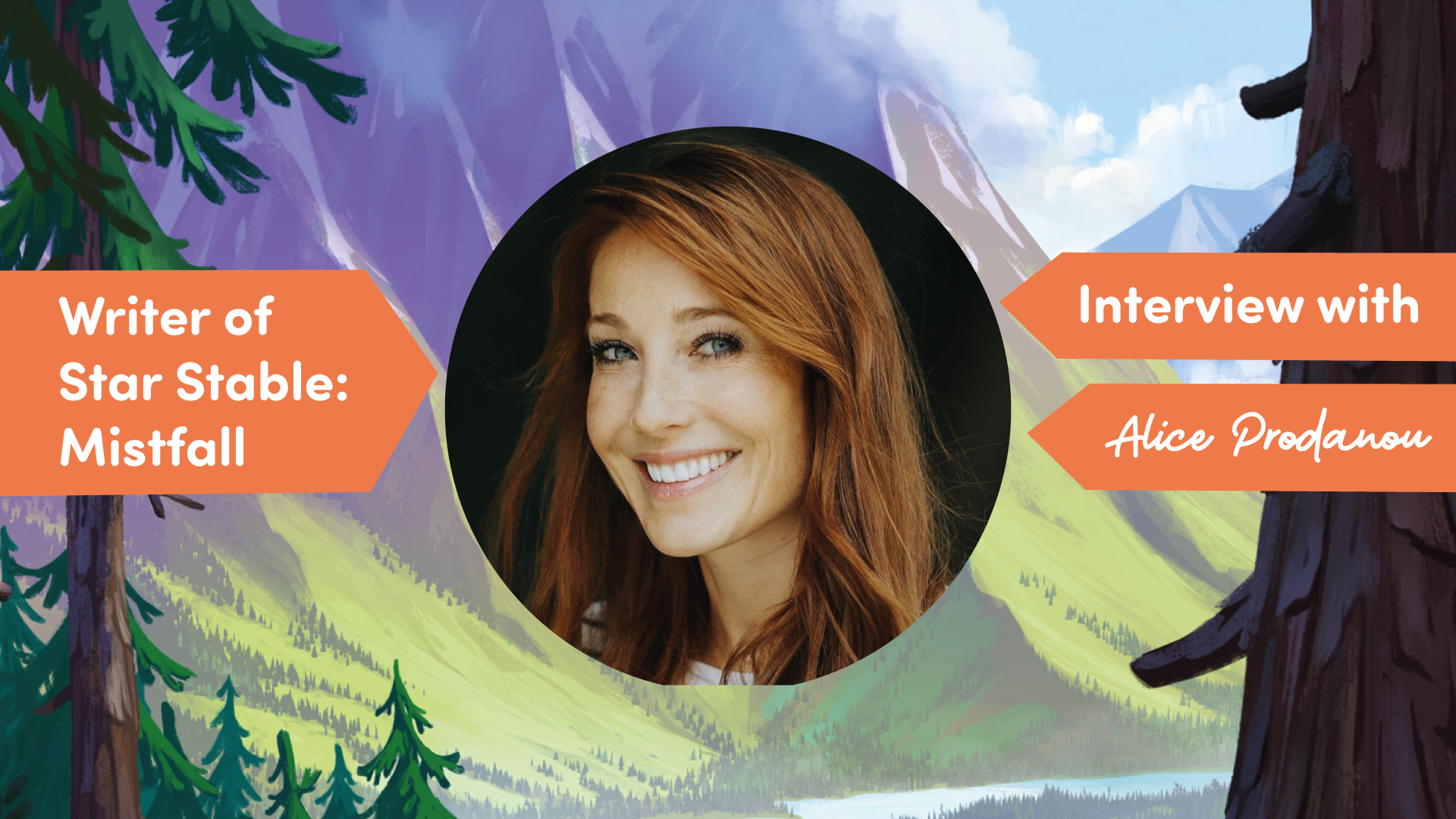 We hear that you’re a little bit more than a writer, would you mind telling us a little more about your role in the production?

Sure, so I’m the creator, writer and executive producer on Mistfall. This means that along with our amazing team, I came up with the concept for this series. Together we broke the story arc and then I went away and wrote the scripts. Then, as an executive producer, I was there for our voice records, watched and commented on our animatics as we went through the production.

Mistfall has honestly been one of my favourite series to write. Jorvik is such a beautiful world with so much richness and mythology. Obviously, Star Stable Online is such a huge world and Mistfall is only ten, 5-minute episodes so we needed to come up with a much smaller story. I loved writing about Skye, who’s this girl that’s been sent somewhere that she doesn’t wanna be but she ends up loving the world. She has so much resilience and she’s such a strong character so I really loved writing this show.

What is your favorite scene?

My favourite scene is actually when Skye is walking through the forest after the forest fire, she’s walking through and taking photos. There’s not a lot of dialogue, it’s just a little bit of voice over but I really love how beautiful the animation is and how beautiful the music is. I remember the first time I saw that scene and it was actually rough animation and it was a really rough picture but it really struck me as this beautiful moment. Then when I saw it in actual animation, I loved it.

I also really love the moment with Skye and Rania, when Skye is showing her scar to Rania the first time. It’s really an intimate moment between the two of them because Skye has been sort of, not ashamed of the scar, but it’s a real source of contention and she doesn’t quite understand it and Rania hasn’t seen it. She’s showing it and I feel that it’s a really nice moment between two best friends.

What would you say was the hardest part of writing this series?

Who would you say is your favorite character?

Skye is my favorite character, not because she’s the lead but because a lot of the shows I’ve written are about teenage girls that are very perfect. That’s just not how life is from my experience, and I think most people would say that. She’s strong, determined and resilient but she struggles at times. Life isn’t perfect and she doesn’t understand what’s going on. She’s moved to this place and she doesn’t entirely understand why she’s there. She’s really struggling and she’s flawed, I really enjoyed writing that. Things weren’t perfect for her and this is just the beginning of it, where we leave off this series – things are going to get a lot more challenging for her.

What do you think of the island Jorvik?

I love Jorvik! It’s gorgeous! I’m from Canada, and Mistfall, at least how it looks in the series, looks a lot like our Canadian forest. I’m from Toronto, but when I was little I lived in Canada’s Arctic in Yellowknife in the Northwest Territories so I feel sort of a kinship with northern regions. What also really drove me to Star Stable is the mythology of Jorvik. I love the history of the island and I really love the magic. Aside from the real magic that exists on the island, it has this beautiful and magical quality to it.

Jorvik is an established universe . What was it like to come into this great, big world and write stories within it, when it was kind of already existing? What was that like?

It felt natural for me somehow. I guess it’s about research and I read everything I could find online. In a way I was sort of like Skye, who arrives at the ferry and has never been there before. I was kind of doing the same thing, I arrived at this place and got to know it as I was writing. I loved immersing myself in the Star Stable world and, especially during covid-19 when we can’t travel, I felt very grateful to be able to escape to Mistfall.

Now, an important and tough question! If you lived in Mistfall, what would your job be? What would you be working as?

I would probably be the one shoveling horse poop! No, I used to be outdoorsy and actually hiked to the Arctic Circle once when I was Skye’s age, around 15-16 years old. But I’m not very outdoorsy anymore so I would maybe be the one writing tourist brochures for Mistfall.

After the series, we were left with so many questions! Can you share anything about where this story is going?

Well, I think what everyone is dying to find out is what the scar on Skye’s hand is, which is also emblazoned on Blaze’s back so I think everyone wants to know what their bond is, what it means. Certainly when Sky discovers what the scar on her palm is, it reveals who she is and why she’s on the island and what their bond means. It really sort of reveals a lot about her ancestral history and I don’t know if I can say any more about that! It’s been such a thrill working on this and working with all of you. It’s just been an amazing experience.