My Horse and Me: Momma Duck 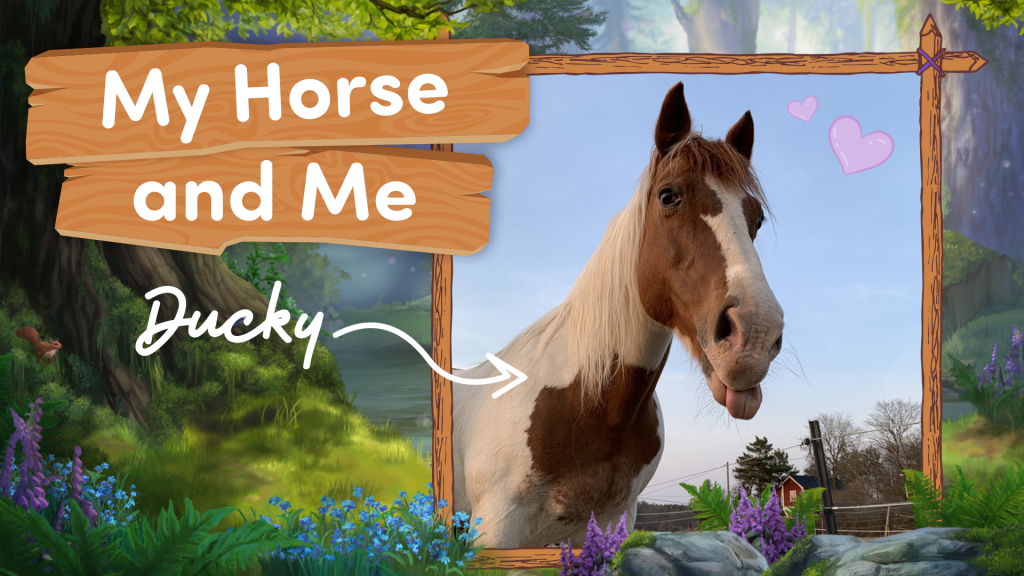 Horse’s name: Momma Duck
Nickname: Ducky
Breed: Unknown, possibly Irish Cob crossbreed. The only thing we know for sure is that she came to Sweden from France!
Age: 26

Fun fact:
She is also known as “The Rocket Duck” because she can reach speeds unknown to all other horses when faced with danger (or a rock placed next to the road). She’s also featured as one of the Irish Cobs in Star Stable.

Bad habit:
Spooks at anything she might have passed three hundred times before and then acts as she will have a panic attack for at least another ten minutes.

If my horse had her way, she would:
Have unlimited access to all types of treats.

What I love most about my horse:
She’s very unpredictable and has a huge personality, but she also truly loves the people she decides are “her” people. When you’re in her small circle of treasured people, you know that even if she freaks out when you’re out on a hack, she’s also making sure her herd is safe – and you’re included in that herd.

Treasured memory:
Once when I came to pick her up, she had heard my voice as I came around the corner of the stable. As soon as I reached the pasture, she bolted and galloped right up to me, and stopped with her head in my arms. She’s usually the one you have to work to bring home, so it was a big moment for us!

What I like most about being in the stables:
It’s an escape from the outside world where it’s just you, the animals, and other people who love the horses just as much as you do.

My horse-related dreams for the future:
I’ve always only ridden horses belonging to other people, but I hope to own a horse of my own one day.

Quest, race, or theme you would like to see in Star Stable Online:
More equestrian disciplines! There aren’t enough horse games to cover the many different parts of the sport, and I want us to be even more inclusive and let more equestrians live out their dreams in Jorvik.

Something I learned from my horse that I can use at work:
Ducky is one of those horses where you sometimes realize, “ok, her mood is not great, and we should totally change our plans for today, or I will be sitting in a bush somewhere when she bolts in the woods.” So she kind of forces you to learn that sometimes the plan you had isn’t great, and it’s ok to come up with something else (which probably is a lot better) on the spot.